Welcome back to the Creative Life Adventure.

Being over a certain age, I’m way past the point of demonstrating myself to be a prodigy. Although I did display some aptitude for music at a fairly young age, I lacked the discipline to pursue it in depth. I mostly enjoyed all the great sounds I could make on our family’s three-keyboard Wurlitzer organ. Once my parents instituted a required amount of practice time each day, it stopped being fun.

I recently re-read Twyla Tharp‘s book The Creative Habit and it provided me some relief on the prodigy front. Overall, it’s an excellent book. While many of the general suggestions will be familiar to those who read about creativity (suggestions about rituals, organization practices, etc.), this is still Twyla Tharp. Her anecdotes about her own work and the work of other creative acquaintances are enough to make the book a compelling read.

Once thing I appreciate is that Ms. Tharp deconstructs the myth of the prodigy. It’s not entirely a myth, of course, occasionally a young person comes along who demonstrates a strong aptitude for a specific subject. For example, math “prodigies” tend to see mathematics differently than the average person. However, it’s clear that obsessive discipline, whether self-imposed or prescribed by parents or some other authority figure, is key to a person becoming a prodigy.

Mozart is one of the more famous examples, and the example that Tharp uses in The Creative Habit. This is a passage from the book:

“Mozart was his father’s son. Leopold Mozart had gone through an arduous education, not just in music, but also in philosophy and religion; he was a sophisticated, broad-thinking man, famous throughout Europe as a composer and pedagogue. … Leopold taught the young Wolfgang everything about music, including counterpoint and harmony. He saw to it that the boy was exposed to everyone in Europe who was writing good music or could be of use in Wolfgang’s musical development. Destiny, quite often, is a determined parent. Mozart was hardly some naive prodigy who sat down at the keyboard and, with God whispering in his ears, let the music flow from his fingertips.” 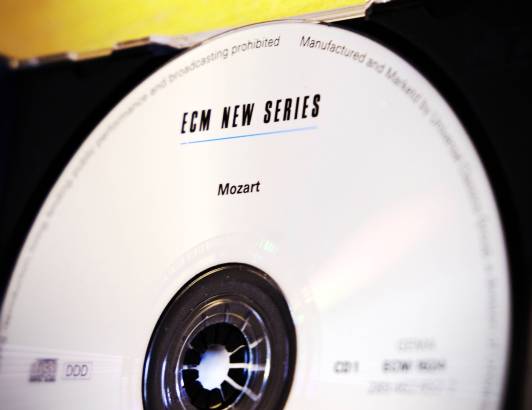 Before you parents strap your children to a piano or an easel, let’s remember that prodigies don’t always have a happy outcome. Mozart died at the age of 35. Ted Kaczynski, admitted to Harvard when he was only 16, became the Unabomber. Young Bobby Fischer became, well, old Bobby Fischer.

The Creative Habit cites another example of genius, Leonardo da Vinci, who began his apprenticeship as an artist at age 14. Maybe da Vinci’s greatest blessing was to be born with a curious mind and the discipline to exercise it. Tharp cites an example from da Vinci’s notebooks to demonstrate his rigorous approach. In planning to study the properties of water, da Vinci listed fifteen aspects of water he intended to examine. These included “the different currents on the surface of the waters,” “different depths of the rivers,” and “the different shapes of the hills covered by the waters.” Da Vinci wasn’t born with his knowledge or skills, he worked hard to develop them over time.

So if, like me, you weren’t born a prodigy, take comfort from the fact that the likes of Mozart and da Vinci probably weren’t, either. And if we weren’t born into the ideal circumstances to lead us down a prolific creative path at a young age, we can still live a creative life. Just because you’re not a Mozart is no reason to give up.

Maybe the real lesson to take from these examples is to appreciate how precious our time is. Don’t be discouraged if it’s too late in life to be the next Mozart. Instead, refocus your energy on your creative projects. There is still time to be the best version of yourself.

Published by Brad Bravard at The Creative Life Adventure

A blog and conversation about creativity in all aspects of our lives. View all posts by Brad Bravard at The Creative Life Adventure

This web site features my writing and photography, and general musings relating to creativity. For more, please see the About page